Unlawful Possession of a Firearm by a Felon 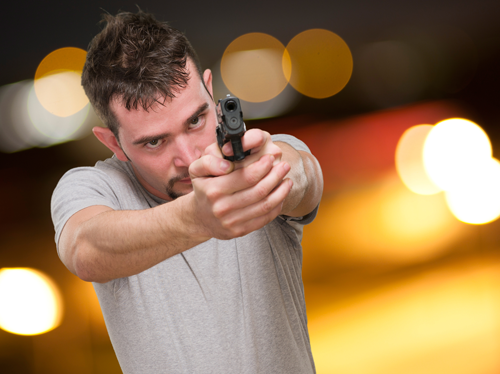 Unlawful Possession of a Firearm Attorney

There are three instances where a person may be charged with unlawful possession of a firearm, a violation of 46.04 of the Texas Penal Code.  First, under Texas law, the person was previously convicted of a felony, and possesses a firearm.  Second, the person possessed a firearm after being convicted of certain offenses involving family violence or domestic violence.  Thirdly, the person possesses a firearm received notice of a protective order and was subject to a protective order for family violence.

Second Amendment Rights Can Be Restored

Unlike most States, Texas does partially restore gun rights of a person convicted of a felony.  After five years, a person can possess a firearm at their home.  This period begins to run on the date the person is released from confinement or is released from probation, parole, or mandatory supervision, whichever date is the latest.

Protective orders expire.  Once a protective order expires there is not a limitation on the right to possess a firearm as long as the two other circumstances do not apply.

Incredibly there is a legal definition of a firearm.  It reads:

(3)  "Firearm" means any device designed, made, or adapted to expel a projectile through a barrel by using the energy generated by an explosion or burning substance or any device readily convertible to that use.  Firearm does not include a firearm that may have, as an integral part, a folding knife blade or other characteristics of weapons made illegal by this chapter and that is:

(A)  an antique or curio firearm manufactured before 1899;  or

(B)  a replica of an antique or curio firearm manufactured before 1899, but only if the replica does not use rim fire or center fire ammunition.

What the hell does that mean? Basically, anything that shoots something out of a barrel because there was an explosion of fire forcing it.  It includes handguns, rifles, shotguns, muskets, zip guns, and even potato guns, which is also prohibited by Tex. Penal Code § 46.05.

Unlawful possession of a firearm by a person subject to a protective order or previously convicted of an assault involving domestic violence is a Class A Misdemeanor.  A Class A Misdemeanor is punishable by up to a year in jail, a fine up to $4,000.00, or both.

This area of the penal code is difficult to understand even for lawyers.  It is critical that you talk to a lawyer quickly if you have been charged with unlawful possession of a firearm.  The statements that are made to police officers can be the best evidence and, in this type of case, the exact dates of events are critical.  If you need to talk to a criminal defense lawyer, call me at 817-231-0023.

A terroristic threat is not necessarily an act of terrorism that you would see on the news.  Rather, it is the threat to commit any offense involving violence.  In most cases, it is a crime of passion.  There is a dispute between friends, spouses, or even motorists and one of the people says something out of anger that puts the other person in fear.  Other times, people call in bomb threats or make threats to influence government bodies.

The threat alone is not enough.  The state has to show that the actor had a specific criminal intent.  Two examples are: the actor has to have the intent place another person of a group of people in fear of imminent serious bodily injury of the actor intends to cause a reaction to the threat by emergency responders.  It does not matter whether the other person is actually feels fear or feels influenced by the threat.   Instead, it only matters what the actor intended to do.

The actor has to intend to place the other person in imminent fear.  That means the actor must intend that the other person feel fear something is about to happen.  It is all about the intended reaction from the threat.

Depending on the circumstances of a terroristic threat case can be anywhere from a Class B misdemeanor to the felony of the third degree.

Terroristic threat can involve family violence.  This finding functions as an enhancement.  Making a threat with the intent to put a family member in fear of imminent serious bodily injury is a Class A misdemeanor instead of a Class B misdemeanor.  That is not the only danger.  A finding of family violence will affect the person’s right to possess a firearm under federal law.

Terroristic threat cases can be cut and dry or they can be complex.  Either way it is important that you hire a lawyer that will not write off your case because the lawyer believes it is not complex.  I believe that it doesn’t matter whether your case is complex only that it has the potential to hurt your reputation and cause jail time.  If you want to talk to a lawyer, who believes your case is important, call the Law Office of Brian J. Newman at 817-231-0023.