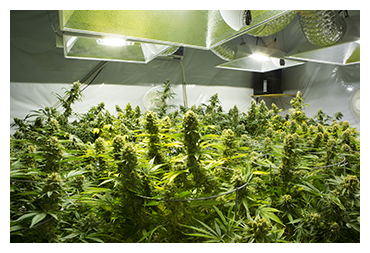 If you or a loved one has been arrested for alleged marijuana crimes in Fort Worth, Tarrant County, or other nearby areas in Texas, you are facing serious charges with significant consequences. Marijuana is a Schedule-I controlled substance in the state of Texas, making it illegal to possess, buy, sell, use, grow, or transport.

At the Law Office of Brian J. Newman, we have the legal expertise to handle all manner of marijuana cases in Texas and have extensive experience with the local Fort Worth Area court processes. Call us today at 817-231-0023 for a free legal consultation, and we can assist you in winning the best possible outcome to your case.

In addition to availing yourself of a top marijuana defense attorney like Brian J. Newman, it will also be to your benefit to learn all you can about the Texas' marijuana laws, which is why we have provided the information below:

The Status of Marijuana in Texas

Although a very limited use of marijuana plant products for those suffering from extreme forms of epilepsy untreatable by traditional medications is scheduled for licensing by mid-2017, marijuana is otherwise 100% illegal in the state of Texas.

Possession of even the smallest quantity of marijuana or marijuana derived or containing products can lead to arrest and relatively steep sentencing.

How various marijuana crimes are punished in Texas is outlined for you briefly below:

Possible punishments for marijuana possession in Texas include:

In cases of small-quantity possession, however, you can likely get probation instead of jail time, and after completing a drug treatment program, get the charges dismissed instead of permanently on your record. In almost all cases, a six month suspension of your driver's license will follow a conviction. A good marijuana defense lawyer can often get your sentence minimized or even get the charges dropped.

The sale of marijuana is treated even more harshly than mere possession. It is punished as follows:

Other Marijuana Crimes in Texas

Three other common marijuana-related charges to be aware of are as follows:

The elements of the crime that prosecutors must prove to gain a marijuana possession conviction are as follows:

Many assume that they cannot successfully defend themselves against a marijuana possession charge, but in fact, strategies exist that succeed in the courtroom every day. Five of the most common defense strategies are:

Even if you cannot win your case outright or get the charges/sentence reduced on other grounds, it is possible you will qualify for a Tarrant County drug diversion program, which is intended to "divert" relatively minor drug offenders away from an already-crowded jail/prison system and to give eligible offenders a chance at getting their charges dismissed after completing the program. If the program is not successfully completed, however, the original sentence will have to be served, since you must first plead guilty in order to enroll in a drug diversion program.

The available drug diversion programs in Tarrant County, TX, are as follows:

Brian J. Newman has many years of experience defending people accused of marijuana possession, sale, and related offenses in the City of Ft. Worth, in Tarrant County, and in surrounding areas. He has deep knowledge of Texas marijuana law and knows how to win your case.

If you or a loved are facing the serious consequences that come with a marijuana crimes conviction, contact the Law Office of Brian J. Newman 24/7 by calling 817-231-0023 for a free legal consultation and immediate attention to your case.